“The whole secret of a successful life is to find out what is one’s destiny to do, and then do it.” – Henry Ford

There it is in a nutshell.  Success is different to each and every person.  What I deem is successful is completely different than what you may consider.  As long as you hide behind your fears of pursuing your passion, you will never be successful.

Some people may say that money is the measurement of success, however I believe success is not measured by the almighty dollar, instead it is measured by a bar you set for yourself.  No one can tell you, you are not successful other than yourself.

Last month’s winner of the #MWWC blog contest was the delightful Loie of CheapWineCurious.  She wrote a wonderful piece on Tradition and had the distinct honor of choosing this month’s theme.  In case you haven’t figured it out yet, it is Success. 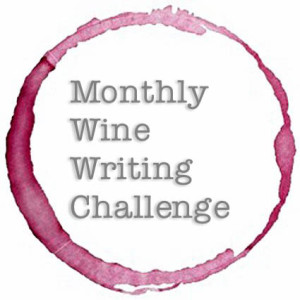 Initially, I thought to myself, piece of cake.  I can handle this.  Then I sat down and thought..and thought..and thought.  Nothing came to mind.  I was having writer’s block in the worst way. I did not know how to attack this assignment.  So, I put it aside and it wasn’t until the reminder came across my  notifications that I had the “Ah ha!” moment and knew what I was going to write about.  You can read all the entries in this month’s contest and vote for your favorite (maybe mine?) here.

I decided I was going to reach out to someone who stopped chasing the money. Someone who left the security of what he knew and packed up his family to move to Paso Robles and chase his dream instead.  To us, Steve and Jackie Gleason of Four Lanterns Winery are amazingly successful, even though he doesn’t classify himself as a success yet. Read on to learn their story. 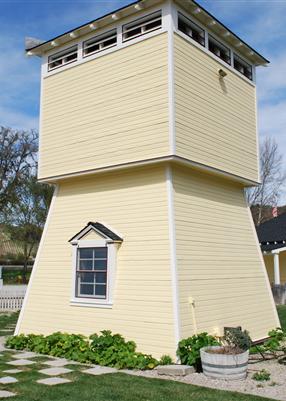 Steve didn’t always dream of owning a winery.  He did however always want to be his own boss.  He had a passion for wine, but originally didn’t see it as a business plan.  He loved wine since a young age.  He admits to underage drinking. (who would believe such a thing?)  How could he not grow up drinking wine? He grew up  near the Finger Lakes for goodness sake.

It wasn’t until about two years ago that Steve and Jackie decided to plan on purchasing a winery. They purchased the property, which the sellers had stopped farming, and had to actually farm it before they even closed escrow.  This is a huge risk, but apparently somewhat common.  Think about it, you are laying out a lot of money to farm this property that you don’t even own yet.  Once again, it is going on blind faith that all will be alright because you are moving towards making your dream come true.

Four Lanterns makes several varietals including Pipoul Blanc, Viognier, Granache, Syrah and a Syrah rosé. They are expanding with a Cabernet Sauvignon that is currently in barrel.  Additionally, they have planted Carménère and four Rhone whites that are too young to produce viable fruit. They just bottled their second vintage which was about 700 cases.  Although, he doesn’t have an ultimate goal in mind, he would like to be somewhere around 5,000 cases within the next five years.

Is reaching a predetermined case production a measurement of success? No, I don’t think so, and neither does Steve. He believes there are several layers to success.  First off, product.  He feels somewhat successful on this front.  They have a well established vineyard with amazing fruit and the all important remarkable vineyard manager in addition to an incredible vintner.  Secondly, profit (it does have to come up at some point, but doesn’t need to be the determining factor.) They aren’t looking to hit a “home run” in the profit area, he feels he’d be happy with a positive cash flow allowing them to pay down their debt and generate enough revenue to be able to invest further in their future as a business.  They took the leap of faith by investing their personal savings into the business.  The wine sales help on this front, but it takes a lot more than that to generate money.  There is a lot of “behind the scenes” that goes into the bottle of wine that you purchase. The grapes and vineyards, winery facilities and equipment, and let’s not forget the licensing and other governmental  fees, just to name a few. Lastly, success in terms of happiness.  This is where I think Steve hit the nail on the head!  If you are not happy, you are not successful. He asks himself if the business adds to their happiness.  The winery needs to be more than just work.  He agrees you need to have a passion for what you are doing and in this realm, he is a success.  He would love to have the business be a centering force for the community – a community that includes his neighbors, winemaking friends and members of the wine club.

Ultimately, in order to be successful, you need to have a definition of success in your mind.  In Steve’s mind, a major component is having integrity.  You need to make wines that you believe in.  His statement of “find a market space you want to occupy and be true to it.” speaks volumes to what it really means to be a success.

“To thine own self be true” – William Shakespeare

When choosing the winery name, Steve didn’t do market research, he didn’t take a poll, he didn’t concern himself with what people would think, he went with his heart.  He believes, as do we, a small winery must be true to themselves and attract people like themselves.  He named his winery after his daughters, the lights of his life. (We named ours in  loving memory of our beloved weimaraner, Draco) You can’t pretend who you are. People will see through that. No amount of marketing research allows you to hide behind a mask forever. It is not until you are true to yourself, that you can truly be successful.

Saturday September 10, 2016 6am Today was another first for me and I love firsts! I was going to be a judge at a wine competition. Before the summer, I was asked by Debbie Gioquindo,CSW if I would be interested in being a wine judge for the Hudson Valley Wine and Spirits Competition. I asked myself if…

There is a lot of biology that goes into wine making and as a biologist, I understand a lot of the wine making process.  Yeast is second nature to me.  I was trained and worked as a microbiologist for years before switching careers.  I use to be able to look at a yeast and identify…

There it is ladies and gents. The first vintage of Dracaena Wines. 2013 Cabernet Franc.  As you can see, we did some barrel sampling. It is amazing how there can be subtle differences between individual barrels. We have decided to rack on Sunday. This will get the wine off lees, aerate the wine, and we…

Welcome to the next installment of WWHBD. As in previous posts, since we are true believers of “Drink what you like and everyone tastes differently”, rather than including our tasting notes I have included basic information about each of the wines. If you are interested in reading what we thought about each wine you can…

*This started off being a single post, however, as I got into writing it… I realized I had too much to say to put it into one post. This first post focuses on Hungarian history and it’s not so distant Communistic control.  Mike and I recently returned from Villány as guests of the Franc &…