While most people get star struck, I get athlete struck.  I am a jock, no ands, ifs, or butts about it.  I may be well past my prime now, but I still live for sports.  I was never happier than when I was involved in a sport.  I lettered twelve times in high school, playing tennis, basketball and softball all four years.  In addition to high school sports, I swam competitively until I went to college.  While in college I played basketball and softball.  So yeah, I’m a jock and proud of it (with many surgeries to prove it).  So when other people get all googley eyed when they see movie or television stars, I get that way with professional athletes.Don’t get me wrong, I don’t go all

on them, but yeah, I can get a little excited when I see them.
If anyone is a Friends fan, you are probably familiar with the episode when Ross laminates his freebie list of famous people that he is allowed to “be with” and not get in trouble with Rachel.  This episode started a craze with my friends (as I’m sure it did with many people).  We all got into it, and created our lists.  One night, over drinks, we all revealed our lists.  There were several repeats between my friends, however, no one had any in common with mine, because mine were all athletes.  To be completely honest, as an athlete, to me, it is all about their attitude on their respective playing fields, courts or rinks, not necessarily what they look like. After I divulged my list, I had a bunch of friends staring at me with open mouths. What can I say, playing sports as if it is all there is in the world is sexy to me.
To allow you to laugh along with them, these are the athletes that were on my list. Tie Domi, Lenny Dykstra, Zach Thomas, Jason Taylor,  and Jason Statham (yes, he is an athlete.  In addition to his martial arts, and stunt car driving, he originally was an excellent diver)
In today’s society, there are more and more famous people who decided to get into the wine industry.  I guess it pays adage to the saying, “How do you make a small fortune in the wine industry? You start off with a large fortune.”  This is true not only for movie stars but also for athletes.  I thought it would be interesting to put a list together a new list.  This list will comprise the top five athletes that I wouldn’t mind meeting in the wine industry. In a previous post, I discussed how important the label design is to the success of a winery. There are many people who choose wine based on the label. This post is a list of wineries chosen because of their owners.
While researching wineries for our first visit to the Central Coast, we discovered the story behind Eberle Winery. We decided to go because of the athletic connection.  We were not familiar with the brand at the point, but it certainly turned out to be a great find! Choosing to visit this winery initially was a no brainer for me. After tasting the wine it should be a no brainer for anyone. Gary Eberle was a football player who studied biology and cellular genetics. That was enough for me.  Gary didn’t just play football, he played for Penn State on a scholarship.  After graduating with a degree in Biology, he attending LSU (as a Razorback fan, I didn’t hold that against him) to study cellular genetics. This is where he fell in love with wine making and decided to go to U.C. Davis to get his degree in Enology.  He opened his winery in Paso Robles and we have been fans since our very first visit.
Tom Seaver Vineyards is located in Napa.  I am a Mets fan (see Lenny Dykstra above), so meeting him would be like winning the World Series to me, but unfortunately the vineyard and winery are not open to the public. Come on, who wouldn’t want to meet him.  He won NL League Rookie of the Year and several Cy Young Awards.

Tom Seaver, the son of a raisin grower, grew up in Fresno, CA. So it makes complete sense that he would retire back to California and get into the wine business. He produces about 500-600 cases of Cabernet Sauvignon per year.  His vintages are sold out, but you can sign up for their waiting list 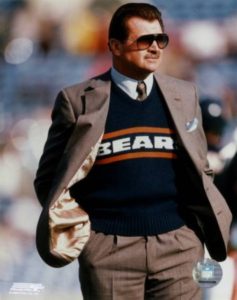 Next up is Da Coach.  If you are unfamiliar with that title, you must not watch football or Saturday Night Live. Many skits including this one are based on Mike Ditka. He is the only person to win a SuperBowl for same team, as both a player and as a coach.  Does it get better than that? I don’t think so.  He was recruited by three top football schools, and chose to play for the University of Pittsburg. He entered college with the intention of becoming a dentist.  In 1988, he became the first tight end ever to be inducted into the Pro Football Hall of Fame.  Terlato Wines has partnered with Ditka to produce the “Legend Series” from select vineyards. I have had the distinct honor of meeting Coach Ditka while at a signing in Las Vegas.  For as much of a hard ass he was on the field, you couldn’t find a more gentile and pleasant individual in person. I had the honor of meeting him in Las Vegas and I will never forget it.
Next up, is one of the, if not the best, hockey player that ever skated.  Wayne Gretzky was born in Canada, and is known as “The Great One.”  That is a heck of a nickname, but it is a perfect descriptor for him. Most of his tenure as a player was done with the Edmonton Oilers where he won four Stanley Cups! He then went to the Kings where he won another Cup and ultimately ended his career as a New York Ranger. As a Ranger fan, I was thrilled to have him. He made an immediate impact on the team.

He was amazing to watch, and watch I did! He was immediately inducted into the Hall of Fame when he retired in 1999.  Gretzky produces wine in BC and Ontario Canada. He also produces a Cabernet Sauvignon and a Chardonnay out of Sonoma. Unfortunately, he only has tasting rooms in Canada. You can sign up for his mailing list to receive exclusive wine offers.
The final athlete to make my “list”, was amazing to watch on the field. He was a thrill to watch and was a definite game changer. In my opinion, and many others, he is one of the top defensive players to ever step foot on the field.  Charles Woodson is the only defensive player to have won the Heisman Trophy.  As a college athlete, he helped lead his Michigan Wolverine team to a National Championship.  Woodson began his love of wine when he was in training camp as an Oakland Raider. It was the comradery of wine that he liked and this is what made him want to get into the wine industry. He believes in giving back to society. 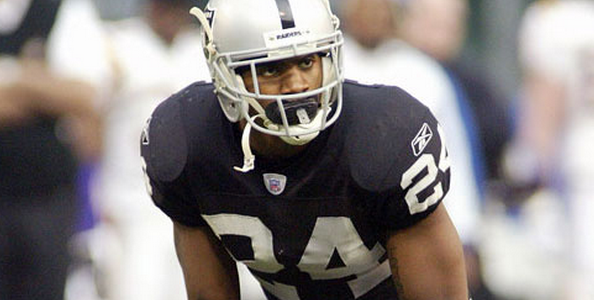 For every bottle of Cabernet Sauvignon that is purchased online, he donates $10 to children’s and women’s hospital in Ann Arbor, MI.  Between his play on the field and his desire to give back, to this female jock – he is as sexy as hell! (sorry guys, that is what sexy is)
So there you have it.  I hope you are not sitting there with those glazed over eyes and open mouths like my friends were when I finalized my “freebie list.”  These are people who I respect as athletes.  People who I feel have made a difference in their sport, and in many cases, like with Woodson, have given back to society.
There are so many athlete’s wineries to choose from, who would be on your list?  Or would you lean more towards the movie stars’ wineries?  Which wineries would you visit because of the owner? Leave a comment on where you would like to visit and why.  It will be interesting to see if there are any repeats.
~Slainte!

Are you familiar with Beaujolais? First and foremost, it is a wine region and not a grape. The primary grape in Beaujolais is Gamay Noir and I am a huge fan! In fact, in order to be classified, the wine must contain at least 85% Gamay Noir. The wine growing region includes 2,000 wine growers…

GUEST POST!  I have said it multiple times, in fact more times than I can count; I love social media. It makes the world a much smaller place and allows the opportunity for someone to learn about whatever topic they are interested in at any time of day or night. Although there is a lot…

I recently posted about the Women of Wine.  I know that by the title you would think that it was about women in the wine industry, and although that in itself is a great topic, I am known for not always seeing things the same way as most went a different route. I always tell my students,…