If you know me, you know I am one to celebrate as many wine holidays as I possibly can. I am an equal opportunity winelover. You would then also know, that I am not a fan of any holiday, wine or otherwise, that has a rotating date. I think it causes confusion as to when to celebrate. When I founded #CabFrancDay, I made it a set date; December 4th in recognition of the anniversary of Cardinal Richelieu’s death.

There was some controversy over what exact day #InternationalAlbariñoDay was. (some celebrated on August 1st, while I and many others celebrated on the 2nd) But the people over at TAPAS (Tempranillo Advocates Producers and Amigos Society) solved that problem by creating International Albariño Days! Yep… dayS – August 1-5, 2018.

The week-long celebration coincides with the Fiesta del Albariño held in the small coastal town of Cambados, Spain. The festival came into existence in 1977, but has really started to gain momentum for the grape variety in the past decade. Bagpipes announce the opening of the wine tasting stands located in the main square of Cambados.

When Camilla of Culinary Adventures with Camilla arranged for samples of Albariño for August’s edition of #WinePW, I jumped on board faster than Speedy Gonzales steals cheese. Since my first experience tasting the variety, I was infatuated.

Fifty one month’s ago, David over at Cooking Chat created this group where wine and food bloggers come together to pair wine and food and talk about it on Twitter. I wasn’t involved from the very beginning, but there aren’t too many months that I haven’t participated since I started.  It is a great way to explore new regions and try new recipes.  This month’s chat will be this Saturday, August 11th at 11am EST.

It is super simple to join. Just go to Twitter and follow the hashtag. Since this is posting prior to the chat, you even have time to make your own wine and Albariño pairing and submit your blog. (you don’t need a blog to participate)

I May Be a Repeating Record

I honestly think that if you search my blog posts, the only wine I  mention more than Cabernet Franc is Albariño. There is so much to love about it; the salinity, the acidity, the freshness. I can go on and on. (and I guess I have in previous posts)

Rias Baixas; a Wine Region You Need to Explore

Do You Know Albarino? Well, You Should!

With all of these posts, AND another one coming out on August 29th (hint hint… come back and read more) I decided I wouldn’t go into Rias Baixas for this one. Instead I’ll get right to the wine and food.

When I opened the box that contained this wine, I was a bit surprised. It didn’t have the typical bottle shape. Although, I must say I have to stop using the term when it comes to Albariño, since I am seeing more and more expressions of not only the grape but in the marketing of the wine. This bottle is more like a Riesling or Gewurztraminer, which makes sense since it too is higher levels of two aromatic compound groups called terpenes. The second surprising thing was the vibrant green cork. It matches the label perfectly. But what I really loved was the saying on it. Descorcha tus sentidos! I was happy that I remembered enough of my Spanish to translate it, but they were nice enough to put it in English also. Uncork your senses! How awesome of a saying is that for such an aromatic and flavorful wine?

Etiqueta Verde, or ‘Green Label,’ is the entry-level offering from Granbazán. The fruit, like most Albarino, was hand-harvested. It was de-stemmed before going through a cold pre-fermentation maceration. Made from a combination of free-run and lightly pressed juice and then aged on lees for a minimum of four months prior to bottling.

The winery is located in Salnés Valley, which is one of five main sub-regions of Rias Baixas. This region is considered to be the birthplace of the Albariño grape. The Salnés Valley surrounds the historical city of Cambados (home of the Fiesta del Albariño.) While holding the distinction of being the oldest sub-region, it also has the most acreage under vine with the highest concentration of wineries.  Additionally, it is the coolest and wettest of all the sub-regions.

The Granbazán story starts in the 1960s when Manuel Otero y Otero bought a land parcel planted with eucalyptus wood and feed for cattle. An entrepreneur, Otero dreamed of expanding the family’s business of fine foods to fine wines. In the 1980s, his son, Manuel Otero Candeira, realized his dream with the construction of Granbazán, a chateau with a magnificent building surrounded by pergola trained vines. Granbazán’s attention to detail and high quality wine has been instrumental in the quality revolution in Galicia as well as in raising the reputation of Rias Baixas wines to their rightful place among the top white wines of the world. (RiasBaiaxaswines.com)

Another thing that I love about Albariño is its ability to pair so well with a variety of food. Since we celebrated #NationalAlbariñoDay on Thursday, August 2nd, I wasn’t going to make an elaborate meal. In reality, I never make an elaborate meal, but being a Thursday sounded like a good excuse.

We went to our local farmers market and picked up our favorite bread from Bread and Butter Bakery in Clovis. They make this Pandesal bread, a common bread roll in the Philippines made of flour, eggs, yeast, sugar, and salt,that is to die for. I picked up fresh mozzarella from Costco and then headed home to pick basil and tomatoes from the garden. Dinner doesn’t get much easier or fresher than that.

In my honest opinion the most important thing about making a good panini is to make sure both the bread and pan are hot. This ensures that the cheese melts and becomes that super ooey gooey that I love. I also make sure all ingredients are prepped prior to starting.

1- Pour some olive oil into the pan and allow it to get hot.
2- While that is happening, lightly toast your bread so that it too was warm.
3- Place the pieces of bread on the hot pan and immediately add the cheese and tomato. 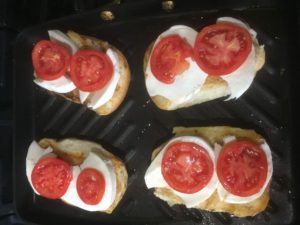 4- Coat the other piece of bread with pesto and close the sandwich as fast as you can.

5- Cook until side is browned; then flip and continue to brown other side. Remove from heat and serve immediately. (if cheese is not gooey enough for you, slice the panini in half, and return to pan, cover and heat on very low heat for about a minute.) 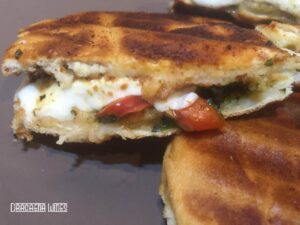 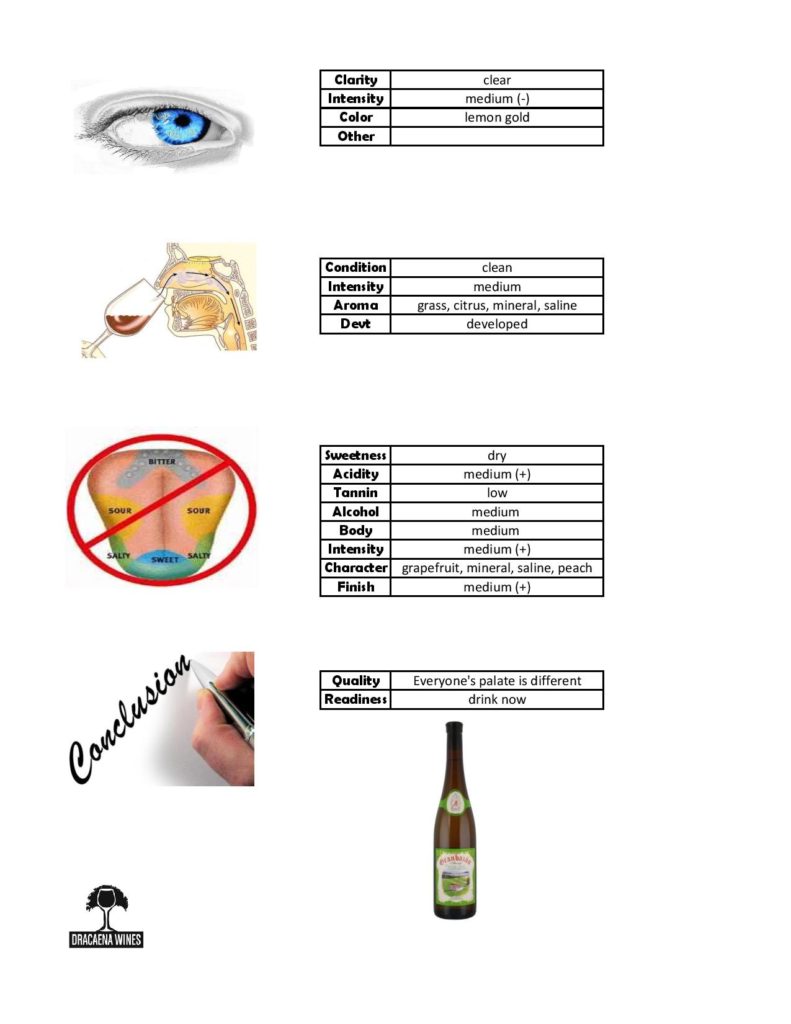 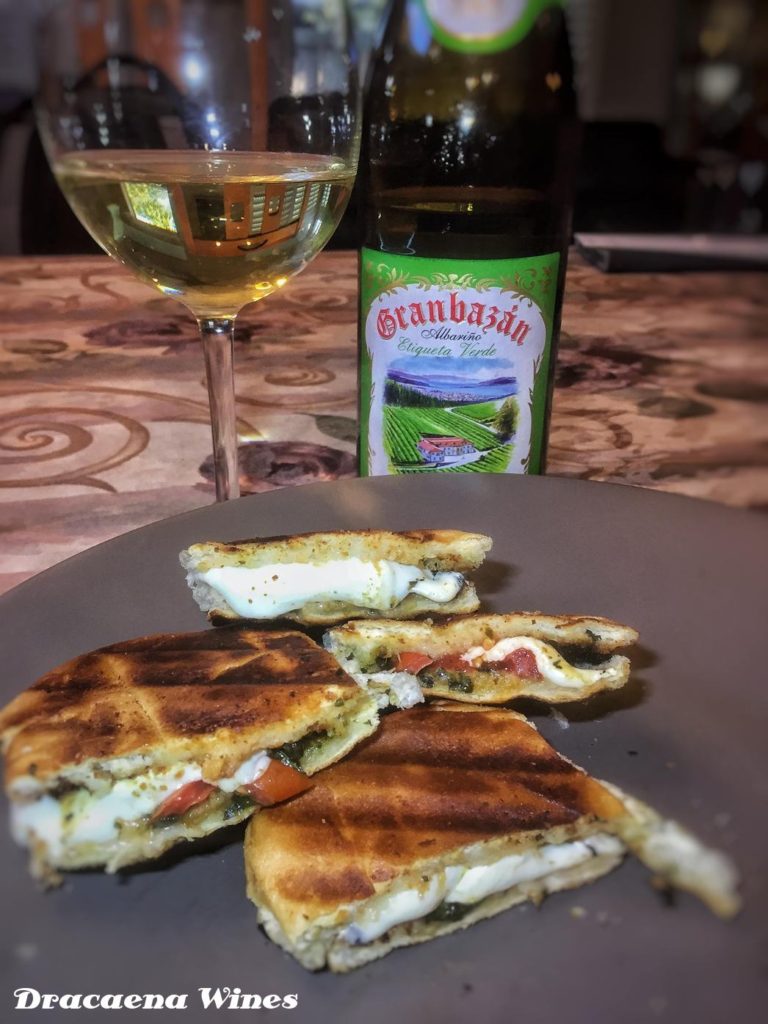 Join in the Albariño chat on Saturday August 11th at 11am EST. If you love Albariño, you aren’t going to want to miss it. If you don’t love Albariño, please send me a message, because I will haunt you until I convince you what you are missing!

Still jonesing for more? Of course you are! Give a listen to my podcast that was recorded live at the Wines of Spain Great Match in Chelsea, NY in October of 2017.