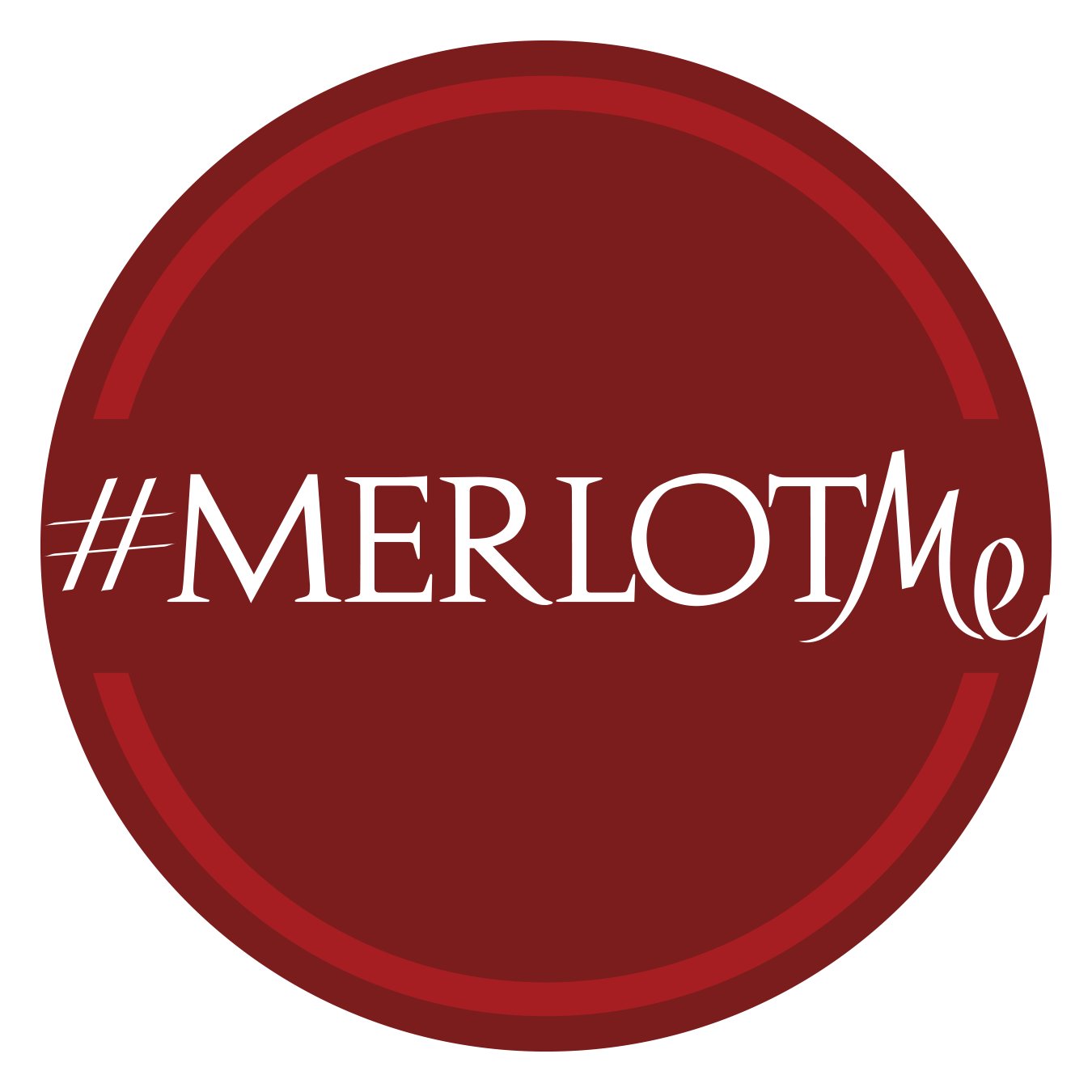 October is my favorite month. Halloween…. our anniversary…. and #MerlotMe! A month dedicated to a grape variety that hasn’t had the easiest time in the past. In the early 90s, Merlot vines were over planted. A misunderstanding of the variety and the environment it grows well in led to a high number of poorly farmed vines flooding the market with lower quality wine. But, thankfully those days are behind us!! Merlot growers have learned the viticulture required to produce high quality wine, and we are now reaping the benefit.

There are many ways that you can be part of the Merlot fun. If you are looking for suggestions on how to celebrate, then the MerlotMe website is the place to go. They have wonderful recipe recommendations as well as a providing a list of special events throughout the month.

The first mention of Merlot came in 1784 in Bordeaux. The officials referred to the grape as “little blackbird” or “young blackbird.” Although there is some controversy as to how these names came about, the two top opinions are that the terms refer to the dark skin of the grape or the fact that blackbirds have a propensity for eating grapes off the vine.

In 2009, two hundred and twenty five years after its first mention, researchers from UC Davis were finally able to determine Merlot’s genealogical ancestry. The researchers determined that the Merlot grape originated from a natural crossing between Cabernet Franc and Magdeleine Noire des Charentes.

Located in the heart of St. Helena, right off of route 128, sits a historical building dating back to 1874. An enchanting combination of historic and modern. Stone walls contrasting with the metal roof and the wooden columns highlighting a generous hearth. Step outside and be mesmerized by the koi among the fountains and the beautiful gardens.

Founded by a Bordeaux immigrant, Jean Laurent, Markham is the fourth-oldest continuously operated winery in Napa Valley. In 1939, the winery changed its name to St. Helena Co-Operative Winery. It wasn’t until the 1977 when Bruce Markham came to Napa and purchased the 230 acres of vineyards along with Laurent’s original bungalow.

Merlot has been on Markham’s radar from almost the very beginning. Their first vintage was 1978. They released a Yountville Cabernet Sauvignon and a short two years later their first Merlot was released, making them true trailblazers in the world of California Merlot. A short ten years later, Wine Spectator named their wine “Merlot of the Year.”

Continuing being pioneers in the wine world, in 2001, Markham named Kimberlee Nicholls head winemaker, one of the first female head winemakers in Napa Valley. Recognizing the importance of the relationship of the soil to the vines and ultimately the wine, Markham has had their estate vineyards Napa Green certified since 2010, followed by the  winery gaining Napa Green Winery Certification three years later.

But their commitment to the environment is not the only thing Markham is dedicated to.

Our mission extends beyond making great wine. We dedicate The Altruist to those veterans and first responders who have risked all to preserve the freedom and safety we enjoy every day. Through an annual donation, we support those who serve our country and our communities.

One of things that I love about Merlot, is that it truly is a versatile varietal. But the Bordeaux blend of Altruist makes it even easier to pair with food. (68% Merlot, 16% Cabernet Sauvignon, 6% Petite Verdot, 5% Malbec and 5% Cabernet Franc) The wine has so many layers and offers so much, the pairing ideas were almost endless.

In the end, we decided to pair the wine with a vegetarian cutlet.  The recipe reminded me of mozzarella sticks, so I wanted to make a dipping sauce. We combined 3/4 cup lowfat greek yogurt, 1/4 honey and 2 Tbs. Cholula Sauce.

The wine is medium bodied with medium tannins and held up nicely to the slight heat of the dipping sauce and was ideal with the cutlets. Both the recipe and the wine are keepers! I absolutely love that the through this wine, you can help support the Gary Sinise Foundation. The foundation “creates and supports unique programs designed to entertain, educate, inspire, strengthen, and build communities.”

Celebrate with the #WinePW Crew

Join me and my #WinePW friends on Saturday, October 9th at 8am PT/11am ET for a twitter chat celebrating #MerlotMe. You don’t have to be a blogger to participate in the chat, but I do recommend eating first because I promise there will be some incredible Merlot pairing ideas.

We’ve stacked the odds so that you can get our award winning wines without breaking the bank. Click the image to find out all of the benefits of joining the CHALK CLUB including discounted shipping and up to 35% off all purchases. .

A mountain or hill, typically conical, having a crater or vent through which lava, rock fragments, hot vapor, and gas are being or have been erupted from the earth’s crust. A rupture on the crust of a planetary-mass object that allows hot lava, volcanic ash, and gases to escape from a magma chamber below the surface. Wow, that is…

“Wine speaks to all the senses: the eyes behold the color, tone, and shade; the nose, the bouquet, the fingers and lips caress the cool crystal; the ears delight in the subtle swishing of the liquid; the tongue rejoices in the reward of a rich harvest.” – Mary Lou Posch It’s time to liberate those…

We all have them. Wine that is in our cellar, on our shelf, in our pantry or closet that we consider our go-to wine. The wine that we buy by the case and we aren’t afraid to open on any given weeknight. So I am asking you what wine are you grabbing to make it fine?…

That Was Then Brittney Spears may not have been talking about Merlot in her debut single hit, but after listening to her lyrics, the sentiment holds true for us Merlot lovers: Oh baby, baby, how was I supposed to know That something wasn’t right here? At the time that Merlot saw its greatest decline in…