Ok. I have not been on my soap box for a long time, but I feel obligated to step on up this week. Anyone who knows me knows that I am a scientist at heart. I enjoy talking about it and enjoy being able to “tone it down” so that it isn’t so intimidating to others. I like to think I have a knack for that.

I also love wine. (Thank you Captain Obvious!) I get excited when I can try a new wine, or learn about a new wine region and get outright giddy when I can talk about the science of wine. (just wait until next week’s post on fermentation) It’s like the best of both my worlds colliding.

There are a lot of scientists out there doing some strange experiments. I often wonder how they get funded to do them, but that is a whole other rant!  For example, last year, geneticists drew more than 250 water samples from Loch Ness and examined the DNA. After analyzing all the samples, they found no evidence of giant reptiles or aquatic dinosaurs and concluded that the Loch is free from “monster DNA.” How do I get on that research panel?

One of my all time favorite books is Microbe Hunters. It tells the stories behind how famous

discoveries were made. Honestly, most of them were by mistake or by sheer accident. Most research scientists are thought to be bit out there. You need to be in order to imagine what could be instead of accepting what is. Where would we be today if Gram didn’t yell at his wife to get him some coffee?

Way back in 1884, Hans Christian Gram was working on developing a method to identify microorganisms. He was working very long hours staring at his microscope and was tired. He asked his wife to get him coffee. I’m guessing in not so nice a way because she was a bit flustered when she brought it to him and she spilled it on his slides. After getting over that anger, Hans looked at his slides that were now stained with coffee and noticed that he could see the organisms more clearly. This accident led to him creating the Gram stain and is now widely used to help microbiologist identify bacteria.

What I am getting at, maybe in a long about way, is I’ve learned to not question how research comes about. It takes a brilliant mind to come up with ideas of not only what could be, but how to go about proving those theories. So when I heard scientists were sending wine up into space. I thought.. cool!

The experiment was part of a study to determine if we can help plants become more resilient to climate change and disease by introducing stressors.  Cool! I don’t really get how antigravity helps on earth, but who knows what will happen in the future. After diving a little deeper, I learned that in addition to sending the wine, which at the time was unknown, they also sent up grapevines.  Now, I understood the experiment a little better. If we are sending grapevines up there, why not send some wine too, just to see the effects on aging. I was on board with the study.

Here comes my rant (well, a mini rant prior to the real rant)…. It was just released which wine was chosen to be sent into space. 12 bottles of Château Pétrus — one of the most expensive wine estates in the world. Seriously?

Why not send up bottles of a more typical wine? Why not choose a well made more modest wine, that more people could relate to? A wine, that most people have actually had the opportunity to taste? I understand that most wine is consumed within 48 hours, but there are a lot of wines that are worthy of aging that are a bit more accessible.

Dr. Michael Lebert, a biologist at Friedrich-Alexander-University in Germany claims that the study was done to help analyze how we could artificially age wine. I ask, Do we really want to do that? Why would we want to do that? Doesn’t that go against the whole theory of the love of collecting wine?

I guess they are saying that if I actually could afford a $7000 bottle of wine that I would want to age it artificially? Then I would be able to enjoy it earlier? Can’t I just put it in a decanter for 24 hours if I wanted to consume it before its “drink by” date? On the opposite side of the spectrum, that bottle is $7000 because it was a 2000 vintage. Current release is a mere $3000 :-). So could I actually save myself $4000 if I buy a current vintage and then artificially age it? Is this the future of wine?

Plus, here is the real rant! The results seem counter intuitive to what the goal was and it defies scientific laws: 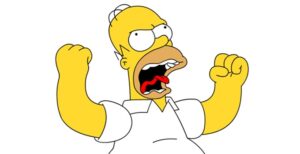 According to a VinePair article; “Lebert explained that on Earth, the phenomenon of convection mixes oxygen around, resulting in a stable oxygen concentration that affects all chemical reactions, such as oxidation. Ultimately, “oxidizing substances change the taste [of wine],” he said. In space, this convection doesn’t occur.”

This is 100% true. So in reality, the wine shouldn’t age or become more approachable. If convection doesn’t occur and oxidation is a result of convection, then the wine on earth should be more evolved than the one in space. The wines shouldn’t age in space they would remain the same, or at least age at a much slower rate. The wine would still have the structured tannins that make it less approachable early on.  Meaning that expensive bottle would still need to be decanted to release the flavors that we look for as a wine ages?

In the Decanter article, Decanter’s Bordeaux correspondent, Jane Anson stated that: ‘The earth wine was exactly how you would expect it to taste,’ The ‘space wine’ sample was delicious but was perhaps two to three years more evolved.’

Is it me or is that backwards? I am not bashing her for her comments, she does even state that it could just be bottle variation since she only tasted one bottle, but they the researchers are treating this as a valid scientific experiment and the results defy scientific understanding.

First, granted this is far from what I would call a controlled experiment. The number one rule in any valid experiment is to make sure you only have one testable variable. There are so many here. Was the wine stored at the same temperature in space as it was here on earth to just name one. Obviously there needed to be some kind of warming environment since space is freakin’ cold and the wine would have frozen! But let’s assume that everything else was constant, the lowered concentration of oxygen and lack of convection would make the wine age slower not faster. So how does the space wine taste more evolved? It is contradictory to the science and more so, the study itself is in opposition to what the scientists were trying to achieve; artificial aging.

I am baffled at what they were trying to get out of this so called experiment, other than just a huge, albeit pretty cool, marketing ploy. What do you think? Ploy or Science?