Fermentation is what makes the difference between drinking grape juice and wine. It’s really a rather simple concept and it has been occurring in nature for as long as there has been grapes on a vine. Humans did not develop fermentation, they simply stumbled upon it and realized its wonderful end result. Wine is fermented grape juice (mead is fermented honey and perry is fermented pear.)

Ever wonder why grapes ferment so easily? They are actually the perfect vessel for the yeast. They have a relatively 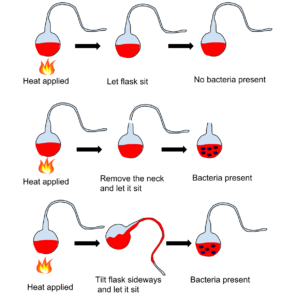 high sugar content compared to other fruit. Apples, as an example, contain about 5-8% sugar while grapes contain 24-25%. They are also higher in nitrogen as well as many other nutrients that are required by the yeast. Grapes also contain biotin, which the yeast can not produce themselves. Their pH levels of 3- 4 is too acidic for many organisms but is ideal for yeast.

As I mentioned previously, fermentation has been occurring naturally, making wine since 4000 BC, but humans have only understood how it was made since Louis Pasteur found the microscopic yeast under his microscope. He was asked by the wine industry to figure out why vinegar was being made instead of their precious wine. His discovery has led to the understanding of cleaning barrels and/or tanks and proved that fermentation is anaerobic (without oxygen.) In order to prove his theory, he created his famous swan neck flask.

Grapes need yeast in order to ferment. There is natural yeast growing on the grapes in the vineyard. One of the rules in nature is “survival of the fittest” and yeast can not ignore this rule. Just as humans need sustenance to live, so do the yeast. Enter grapes. These yeasts are what many winemakers use in their winemaking process (although there is controversy that there is no “native” yeast, instead those yeast may start fermentation but the “house” yeast soon take over- but that is a whole different post.) 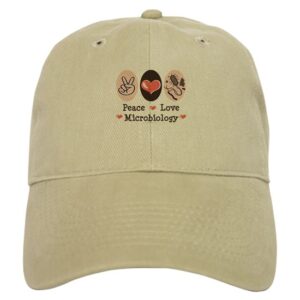 Excuse me while a get my microbiology hat back on. I promise I won’t go too in depth but I think it is pretty cool how alcohol actually gets produced. The process is pretty simple. In order to survive, all living organisms need energy and that energy is in the form of ATP (adenosine tri-phosphate) Think of it as the bitcoin of energy.

In order to create this energy, the organism must break down glucose (or other food products such as lipids – but yeast don’t do that, so I’m focusing in on sugars). There are two environments that can exist; oxygen present (aerobic) or oxygen lacking (anaerobic.) If oxygen is present, the organism breaks down glucose into by-products (carbon dioxide and water) and energy in a process known as cellular respiration.

Now, there is a lot more to the process in order to get from point A to point B, but I won’t go there in this post. BUT if you want me to discuss glycolysis, Krebs cycle and the electron transport chain, you honestly would be making my day – feel free to email me!

What you do need to know about cellular respiration is that the bulk of it requires oxygen. But what happens if oxygen is not present? Well, the organism can create some energy (2 ATP) but that is a far cry from the 38 that it can produce if oxygen was available. So, organisms need to adapt to the anaerobic conditions, change gears per say and undergo fermentation. For some organisms, like the yeast on the grapes, this fermentation takes the glucose and converts it into alcohol.  This is known as alcoholic fermentation and is what turns regular grape juice into precious wine.

Humans also go through fermentation in the absence of oxygen, but instead of producing alcohol, we produce lactic acid. This is what is responsible for the burn in your muscles when you over work them as well as the DOMS (delayed onset muscle soreness) you feel the day after you workout.  This type of fermentation is called lactic acid fermentation. There is a rare disease called auto-brewery disease in which the bacteria in some people’s gut actually produce

ethanol and can produce symptoms of drunkenness. (go ahead…. google it.. I swear it is true!)

In addition to humans, certain bacteria such as lactobacilli also undergo lactic acid fermentation. These lactobacilli (LAB) are responsible for many of the foods people enjoy such as sauerkraut, pickles and yogurt. In wine they are responsible for malolactic fermentation (MLF.) Malolactic fermentation is the process of converting malic acid, which is unpleasantly harsh and is naturally present in grape must, into lactic acid which provides a much softer texture by reducing acidity.

But unfortunately, not all species undergo MLF and when they find their home in wine, they can cause the wine to spoil. These bacteria, similar to Saccharomyces cerevisiae can be found on the grapes and leaves themselves. Their numbers are relatively low, but once they enter the winery they may be greeted by other LAB organisms found on hard to clean barrels or pipelines.

Thankfully, during the fermentation process, the Saccharomyces cerevisiae dominate and the lactobacilli numbers lower. The yeast will continue to “eat” the glucose until the wine is dry, meaning there is no sugar left. Once this happens, since their energy source is gone, their numbers begin to decline, opening the door to the lactobacilli. If the wine has low sulfur levels and/or a high pH (>3.5) the wine can act as a welcoming party for the bacteria. The LAB that survived through the fermentation process, multiply and ultimately can spoil the wine. Faults in wine due to lactic acid fermentation include geranium taint, ropiness (slimy) and a mousiness that is often confused with a similar taint caused by Brettanomyces.

Just because you can’t see them, doesn’t mean microorganisms aren’t there and having an impact on your daily life. Sometimes they are beneficial and other times they are detrimental. It’s all in a days work at the winery. I will leave you with this quote from one of my  heroes,  Louis Pasteur; Gentlemen, it is the microbes who have the last word.