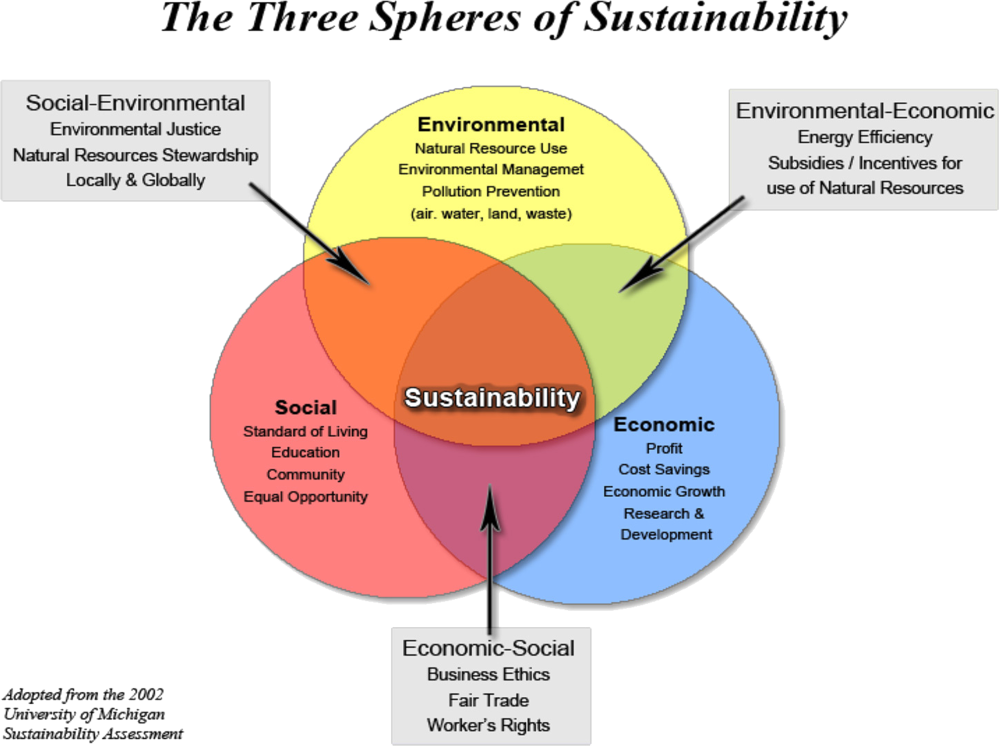 There are a lot of trendy words being tossed around in the wine world today dealing with how wineries are being more respectful to the earth in which they grow their vines. These concepts are often interchanged, when they shouldn’t be. Sustainable, Organic and Biodynamic are all based on the premise of being better inhabitants of the earth. There are definite overlaps, but they mean different things.

Sustainability doesn’t end in the vineyard. It not only involves water conservation, energy, recycling but also takes a 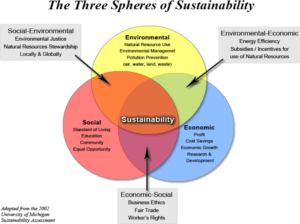 look at the people involved in the entire process from vine to bottle. Sustainability has three components to it. One of which is the environment. How the grapes are being grown and the effect they have on the environment they are grown in. But it also takes into account the economic environment as well as the social environment.

When a winery is practicing sustainable farming they are looking at the whole picture. In terms of the environmental sphere, they are  maintaining biodiversity. This ensures that the “circle of life” is continuing and that every species, including the smallest microorganisms, are equally respected for their role in conserving a healthy ecosystem. It includes ways to use less water and to produce less waste.

Being a sustainable winery means that you are also making sure that your employees are being treated fairly and with respect. Sustainability is that infinite circle where the winery invests in the people so that the people invest in the winery. Without the employees, the winery could not exist. From the vineyard workers to the bottling line, everyone has a hand in making the vintage a success. The people who are doing the work can either care about their role or not. There is a well known phenomenon that people who feel they have a vested interest in an activity will have more pride in their work. Pride leads to working harder and making sure things are done correctly. How does a winery show their employees that they matter? Providing them with competitive salaries and health care. Allowing them opportunities to become more educated and advance in their fields. These paint a clear image to the person that they are cared for and in return, they care about the products they are producing. 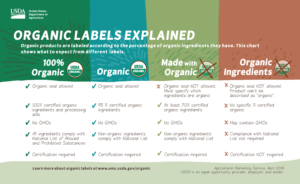 The organic label spotlights the vines themselves, rather than the winery as a whole ecosystem. It also should be pointed out that organic farming is different than organic wines. It is actually possible to have a non-organic wine that is made from organic grapes. However, if a wine is labeled as organic, it has gone through a certification program proving that both the grapes and wine making process follow organic protocol. There is an extensive list (see Allowed and Prohibited Substances) of what can and can’t be used in order to be certified. Items on this list cannot exceed 5% of the total product.

Grapes grown organically are grown without the use of artificial or synthetic chemicals, such as herbicides and pesticides. Instead of using chemicals, organic farmers must rely on nature to improve its biodiversity. Farmers may use cover crops to entice beneficial insects to come to the vineyard. Sheep may be brought in to the vineyard to graze rather than using mechanical methods. The goal of organic is to allow the vineyard to combat problems intrinsically rather than using extrinsically with potentially toxic chemicals.

Biodynamic Farming brings farming into an entirely different realm. I read somewhere that you can 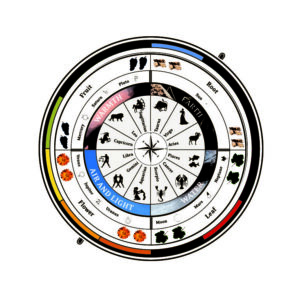 think of biodynamic farming as “organic on steroids.” (which is actually pretty funny, since steroids are definitely not allowed in organic, but it gives the gist.)  When a winery is practicing biodynamic farming, they are stepping up the game of organic, since in addition to being organic, the grapes are farmed according to an astrological calendar. When certain  winemaking processes are performed is dictated according to phases of the moon. The thought process is that in order for the wine to be balanced, the vineyard needs to be balanced with nature.

The concept of biodynamics was founded by Rudolf Steiner and was based on a series of lectures titled “Spiritual foundations for a renewal of agriculture” given in 1924. He predicted that if western civilization did not learn to understand the relationship between the spiritual and physical world, the destruction of the earth was inevitable.

Biodynamic farming includes many conventional farming practices, such as crop rotation and intercropping, but goes a bit farther in the spiritual realm. Steiner believed that plants did not get diseases, rather they showed symptoms when the moon’s influence over them was too strong. In order to prevent these symptoms, farmers needed to counter the effects by adhering to certain farming practices. Some practices include packing cow manure into cow horns or skulls and burying them for a number of months. He believed that the shape of the horns acted as a natural ‘antennae’ for receiving and transferring the healing cosmic forces.

In winemaking, the concept is that biodynamics produces quality wine by focusing on the vineyard before winemaking ever takes place. The maintenance in a biodynamic vineyard is determined by lunar rhythms. The eight phases of the moon correspond to four categories relevant to wine making. These categories are root, fruit, flower and leaf days. Each of which are tethered to one of the four elements; earth, fire, air and water.

These elements have relationships with specific constellations and determine what each day is good for. For example, you wouldn’t want to harvest on a root day, but pruning is best done then. Harvest should be completed on a fruit day since you are handling the bunches. A farmer who is practicing biodynamics to its fullest extent plans the entire vintage around these days. In fact, there is also a belief that biodynamics plays a role in how you taste wine. The theory is that there are certain days that the wine would taste better than others. (and yes, there is an app for that) For example, today, May 3, 2021 is a root day. This corresponds to not being a great day to taste wine. However, yesterday was a fruit day, so hypothetically, I would have enjoyed the same glass of wine more if I drank it yesterday rather of today.

The million dollar question is do any of the processes matter to you when you are purchasing a bottle of wine? Would you pick up one bottle, with all else equal, over another because it was organically farmed, biodynamically farmed or practiced sustainability over one that did not partake in any of these practices? What about each of these farming techniques; would you believe one is better than another? Leave me a comment to let me know your thoughts on sustainable, organic and biodynamic wines.

Porch.com reached out to me and asked if I could contribute to their article  article “All about Wine Storage and Preservation at Home: Tips from the Experts“. They asked me “How long will my wine last if I close it with a wine stopper?”  You can see my answer, along with other questions by clicking here. 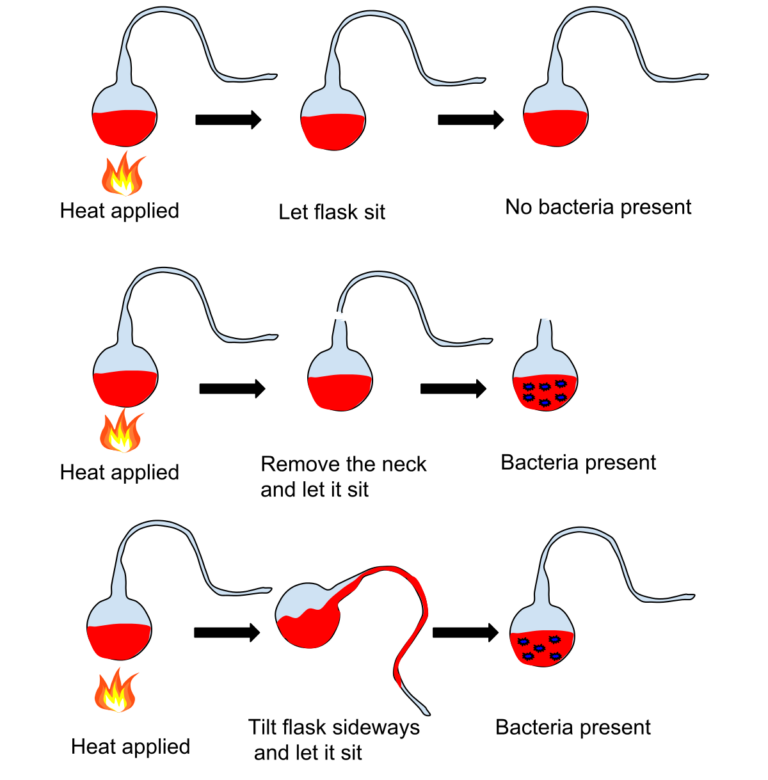 Fermentation is what makes the difference between drinking grape juice and wine. It’s really a rather simple concept and it has been occurring in nature for as long as there has been grapes on a vine. Humans did not develop fermentation, they simply stumbled upon it and realized its wonderful end result. Wine is fermented…

I’m sure you have heard of the five “S’s” of wine; See – Swirl – Sniff – Sip – Savor.  Although most people associate ‘sip’ as the most influential aspect of wine tasting, it is actually the ‘sniff’ that is the main sense we use to appreciate wine.   We swirl the wine to release the aromas…

How many times have you sat down with a great glass of wine and read on the label that it was made of a specific clone? Have you read an article about hybrids and wondered what the heck that meant? How about crosses? Well, you may remember them from your high school Biology days, but…

People get riled up over headlines, but very few actually read the actual article. The authors are fully aware of this and try their best to write a caption that catches the population’s eye. It happens all the time. I guess its human nature. Today, we are delving into SO2, the divalent anionic compound that has…

You’ve heard the saying loads of times… Great wine starts in the vineyard. It is said by so many vintners because it is true. Vine balance is extremely important to producing excellent fruit. There is a concept known as vine balance. It is the balance between the vegetative (green) state and the reproductive (fruit) state…

Most people love fall colors.  The oohs and ahs as the leaves change colors and the season’s change drives an amazing tourist industry. People travel to the North East to see these colors.  Hotels revel in the peak color time because they can charge more per night for their rooms.  In deciduous trees (those that…