With that said, if you are interested in reading our tasting notes and our ratings head on over to Delectable and check us out.  We tell it as we taste it over there. Click here to see the chart we use to describe the color. A video of them as they are poured is found at the end of the post. Visit our YouTube Channel to see other wine videos. As always, since as oenophiles we love to celebrate #WineWednesday, our week runs from one Wednesday to the next. 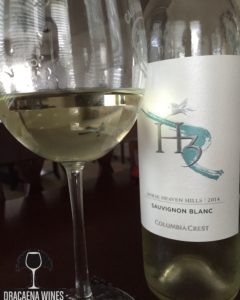 Maybe not actual Heaven, but Horse Heaven Hills. The Horse Heaven Hills AVA is located in the south east region of Washington state. It is sandwiched between the Yakima Valley AVA and the Columbia River. Strong winds from the Columbia Gorge allow the fruit to be more resistant to rot and fungal diseases. Phylloxera is not an issue because of the climate so grafting does not occur

This AVA is home to Columbia Crest Winery. The winery, owned by Chateau Ste. Michelle is the largest wine making facility in Washington. The soils are deposited on basalt and consist mostly of silt loams and sand. With the area’s low annual rainfall and the quick drainage, irrigation is an important component of grape growing plan.

Mike and I have spent almost every weekend along with many weeknights looking at homes.  I honestly can’t believe how difficult it is to find a darn home here in Fresno! Houses come on and off the market quickly and there hasn’t been anything that made me ooh and ahh. I guess a lot has to do with the lot sizes. We are used to larger yards, but even inside the homes are just ok to me. I guess I need to change my mindset.

We decided we were going to have a nice dinner this Friday night. Mike 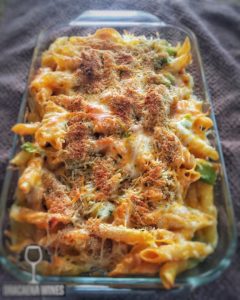 makes a kickass mac and cheese and that was what I was in the mood for. In fact, I asked on Wednesday if he could make it on Friday, so I was drooling for two days. He came home from work and was ready to make me my meal, BUT he quickly realized that we don’t have flour in the house. Oops! the things you don’t think about! But being the quick thinker he is, he decided to use some of my Greek yogurt. Problem solved! UNTIL, he then realized he didn’t have a whisk either. Oops x 2!

I honestly don’t know what he did to resolve that issue- I tend to stay out of the kitchen while he cooks. All I know is that  he ended up created one of the best mac and cheeses ever! It was so light and creamy and oh so yummy! That’s food science degree comes in handy in the kitchen! 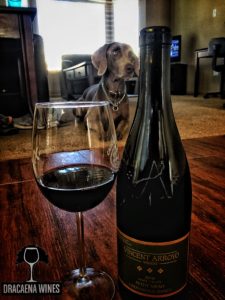 For wine we opened a Vincent Arroyo 2010 Greenwood Ranch Petite Sirah. We have been on their mailing list since the early 90s and this is another winery we don’t anticipate ever leaving. Wine and memories go hand in hand, and one of my fondest memories are inside the big barn at his winery. I remember sipping the wine with Vincent while throwing a bung around so Joy, his black lab, could retrieve it. I don’t know who was having more fun!

Greenwood Ranch in 1974 was only 23 acres. Today is 85 acres and has 9 different varietals planted on it.  Being a farmer at heart, Vince put his heart and soul into the soil and transformed the Ranch by ripping out prune trees and unhealthy vines and replanting. What was once a one man affair has become a family business producing about 8,000 cases of wines. The majority of those cases being Petite Sirah and Cabernet.

Pinot from a Chateau

We spent today looking at another 7 houses! Since being married, Mike 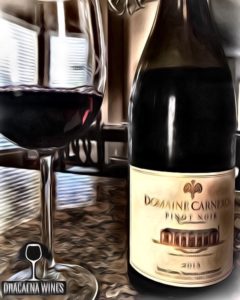 and I have lived in two different states and four towns we haven’t look at this many homes for all of them combined. All this correlates to a need for good wine in our glasses and we decided to pop open a 2013 Domaine Carneros Pinot Noir.

While in search for a sister area in the United States, Claude Tattinger discovered Domaine Carneros. He ultimately purchased 138 acres in 1987 in the Carneros region of Napa Valley. Although the soul of Domaine Carneros is sparkling wines, in 1992 they decided to expand to and hire a second winemaker, TJ Evans, to oversee the production of Pinot Noir. Domaine Carneros uses 95% estate grown and 100% Carneros grown fruit. 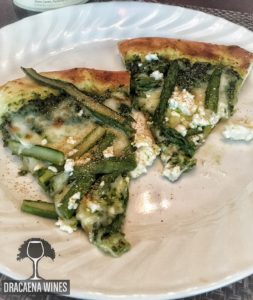 When Mike and I came to Fresno to see the area prior to him officially accepting the new job, his supervisor took us to a Campagnia restaurant. Since then I have been dreaming of the goat cheese, asparagus and pesto pizza. So tonight I re-ordered and I will say that I loved the pizza as much as the first time, but I will give fair warning- Do not pair Pinot Noir with pesto and goat cheese! Oof! that was bad. My simple solution was to enjoy my pizza and then enjoy the Pinot. Mike also liked that idea, since he had caramelized onion and chicken quesadilla and it paired a lot better, so I think the wine glass ratio tilted in his favor.

Oops! I did it again! 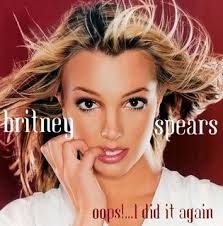 Actually, twice in one week! I have preached over and over about not letting a wine sit too long in your cellar. Now, to be completely honest, I was talking about putting a bottle on a pedestal and refusing to open until that “perfect moment.” Well, I’m here to say I now have an alternative reason- being forgetful!

We use cellar tracker to keep track of our wines. I am not endorsing them or telling you to use them, I’m just saying that is what we use. After tasting our last two wines for this post- one a Chardonnay and one an Albariño (both 2012.) I said to Mike there needs to be an app that tells you “Hey, you forgot about this wine here, you may want to drink it!!!!” He said that cellar tracker has that option, but I guess we don’t use it.

These wines were exceptional when we purchased them, so you can understand my disappointment. I am so angry at myself! These wines lost their “spunk” and that has NOTHING to do with the winery or the wine, it has to do with us not drinking them when we should have. So, please learn from our forgetfulness. Check your list, or cellar and remind yourself what’s there.

Paso in the House

Yeah, I know, Paso is in the house a lot! But you drink what you love and 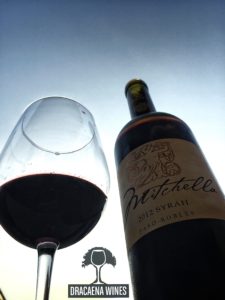 we do love Paso! We opened a 2012 Syrah from Mitchella Vineyards and paired it with homemade chicken fried rice. Mitchella Vineyards entered our radar a few trips ago by sheer dumb luck while visiting Robert Hall and happened to see the sign at the entrance. Located behind Robert Hall, you can’t see them from 46. Once we found them, we have continuously returned. They do an amazing job with wine and their tasting menu includes cheese!!

Angela and Darren Mitchell fell in love with wine when they drank a 1987 Eberle Cabernet Sauvignon. Darren immediately picked up a new hobby of winemaking, but became frustrated by the high costs.  In 1993, he took a winemaking class at Cuesta Community College which led to more education at UC Davis, and other educational institutions. With more understanding under his belt, he invested in equipment and supplies and ultimately a vineyard where they planted 10 acres of Syrah and 10 acres of Cabernet Sauvignon.

Our final wine of the post is a Gewürztraminer from Chateau Ste. 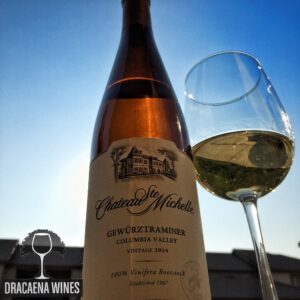 Michelle. I love dry Gewürztraminers, I mean bone dry! But they can be a bit hard to come by whether you are in a restaurant or a wine shop. So I am always happy when I find one.

Since I have written multiple posts on Chateau Ste. Michelle, I thought I would go a little in depth about the grape varietal. Maybe shed some light on it. Gewürztraminer [geh VAIRTZ trah mee ner] is an aromatic wine grape variety and performs best in cooler climates. Typically, dry  Gewürztraminers may also have aromas of roses, passion fruit and floral notes and often has a hint of effervescence. The name itself translates to “spice traminer.” The grape is a mutation of Sauvignon Blanc and has quite the international background. The grape has a German name, is most successful in France, but originated in Italy’s Tyrollean Alps, near the village of Tramin in Alto Adige.

Prior to its official recognition in 1973, Gewürztraminer had been known by many other names. The French called it traminer musqué, traminer parfumé, or traminer aromatique. The Germans called it roter traminer; and the Italians named it traminer rosé, traminer rosso, or termener aromatico. It wasn’t until the late 19th century that the Alsatians started calling it Gewürztraminer. Although direct translation from German “gewürz” translates to “spicy”, there is an alternate translation meaning “perfumed” which is probably more realistic explanation of the name.

I hope you have had some great wines and times these past two weeks. Remember, always Pursue Your Passion. We would love for you to leave a comment telling us what your favorite recent wine was.